Edinburgh Castle – An escapade into history 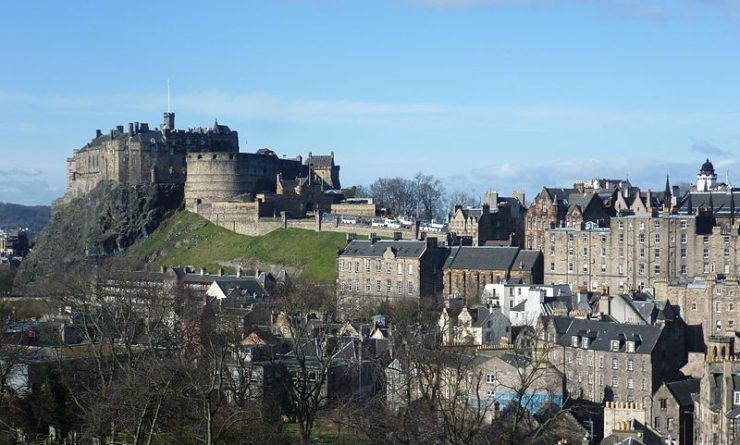 One of the most visited monuments in Scotland in the United Kingdom remains the towering yet the eminent structure of the ‘Edinburgh Castle.’ Embraced with great historical significance, the castle welcomes tourists from across the world. Visitors crowd the castle every year, hoping to get a glimpse of this monumental structure.

This famous castle also has a great history associated with it. Dated the 12th century or so, the oldest region of the castle – ‘St Margaret’s Chapel,’ dated around 1510 the – ‘Great Hall,’ and dated around 16th century was the – ‘Half Moon Battery’ by Regent Morton. All of the above was followed by the most renowned – ‘Scottish War Memorial,’ after the First World War.

The Edinburgh Castle in itself is known to honour the iconic – ‘Crown Jewels,’ ‘Stone of Destiny,’ and the ‘Nation War Museum of Scotland.’

Find listed below some of the favourite tourist attractions within the castle.

Known to be the royal residence of the late Queen and her husband – Henry Stewart, Lord Darnley; the ‘Royal Palace,’ represents a fraction of royal history surrounding the region. Tourists can tour the palace and also get a glimpse of the ‘Laich Hall,’ adorned with a beautiful fireplace. The adjoining room also happens to be the place – ‘Mary Queen of Scots,’ gave birth to  King James VI of Scotland. The palace itself forms an integral part of the Edinburgh Castle.

The ‘Royal Palace,’ is also  home to some of the state documents and the ‘Crown Jewels,’ commonly known as the ‘ Honours of Scotland.’ Historical evidence is a testament to the usage of these Jewels by Mary Queen of Scots. Tourists are also fortunate enough to witness the ‘Stone of Destiny,’ the famous coronation stone which was returned to Scotland only in 1996.

These jewels offer tourists an exquisite collection of world-renowned jewelry that has been part of a treasured collection for years together. Tourists witness some of the most beautiful and stunning pieces of art, as they stroll alongside the room – a testament to the Scottish Era of that period.

Commonly used as the hall for the state ceremonies and also the assembling of many Scottish meetings, ‘The Great Hall,’ was built after the death of King James IV. The hall also happened to have been used in the past, as home to military hospitals for the wounded. Today, the hall is adorned with stained glass panels and remains a historic collection of armour – used as a depiction of Scottish history.

A remembrance site for the death of the Scots, that passed away during the World War 1 – ‘The Scottish National War Memorial,’ comprises a shrine that encloses the roll of honour of the dead. Owning a separate and distinctive memorial for each regiment and animal that served death during the course of the war, the memorial has a great load of emotion and significance.

Constructed by King David I, in honour of his mother – St. Margaret, the ‘St. Margaret’s Chapel’ is the first chapel visible to tourists visiting the castle for the first time. A true resemblance of Norman architecture, the chapel is a beauty in itself and was later restored in 1845. The small stained glass windows and the unique architecture of the place make the Edinburgh Castle a popular wedding destination amongst couples even today.

French prisoners held captive, during the Napoleonic wars – were fortunate enough to be allowed to make crafts and toys that later served as antiques of that period. While some others tried that luck with the ‘Edinburgh Gazette,’ by putting up a notice and offering a subsequent reward as well in exchange for detailed information about forges. The following years, the ‘Prisoners of War Museum,’ also saw Poles, Americans, and Spaniard prisoners – being held captive here. Tourists explore the living cells of these prisoners – as the museum was later restored to its closest resemblance.

A powerful and mighty cannon, ‘ The Mons Meg,’ was designed to propel about550 pounds of cannonball and about 110 pounds of gunpowder. Tourists are most attracted to the hole at the end of the cannon, through which they put their head through. The cannon played a significant part in many victories in the late era.

Embraced with a unique display of weapons and uniforms of the ancient Scottish regiment, ‘ The National War Museum,’ aptly portrays the significance of the Scottish regiment. Founded in 1933, the castle is a live testament to the battle of the regiment during the 17th century – depicting the battles fought and the story told in the most realistic sense. Tourists can visit the museum without an entry fee, but if you’re looking to explore the castle grounds – you’ll have to pay for admissions to the Edinburgh Castle.

If our guide to the ‘Edinburgh Castle,’ has kindled the thought of a Scotland tour and you’re interested in planning a Europe vacation, just head on to our DIY platform at pickyourtrail.com

Explore the top things to do in Taunton!!

Top Things to do in Swansea, Wales During Your United Kingdom Trip

Top Things to Do in Mansfield During Your Exciting England Trip

Amazing things to do in Ipswich (Suffolk, England) for an authentic English countryside experience

Top Things to Do in Ambleside During Your Entertaining England Trip