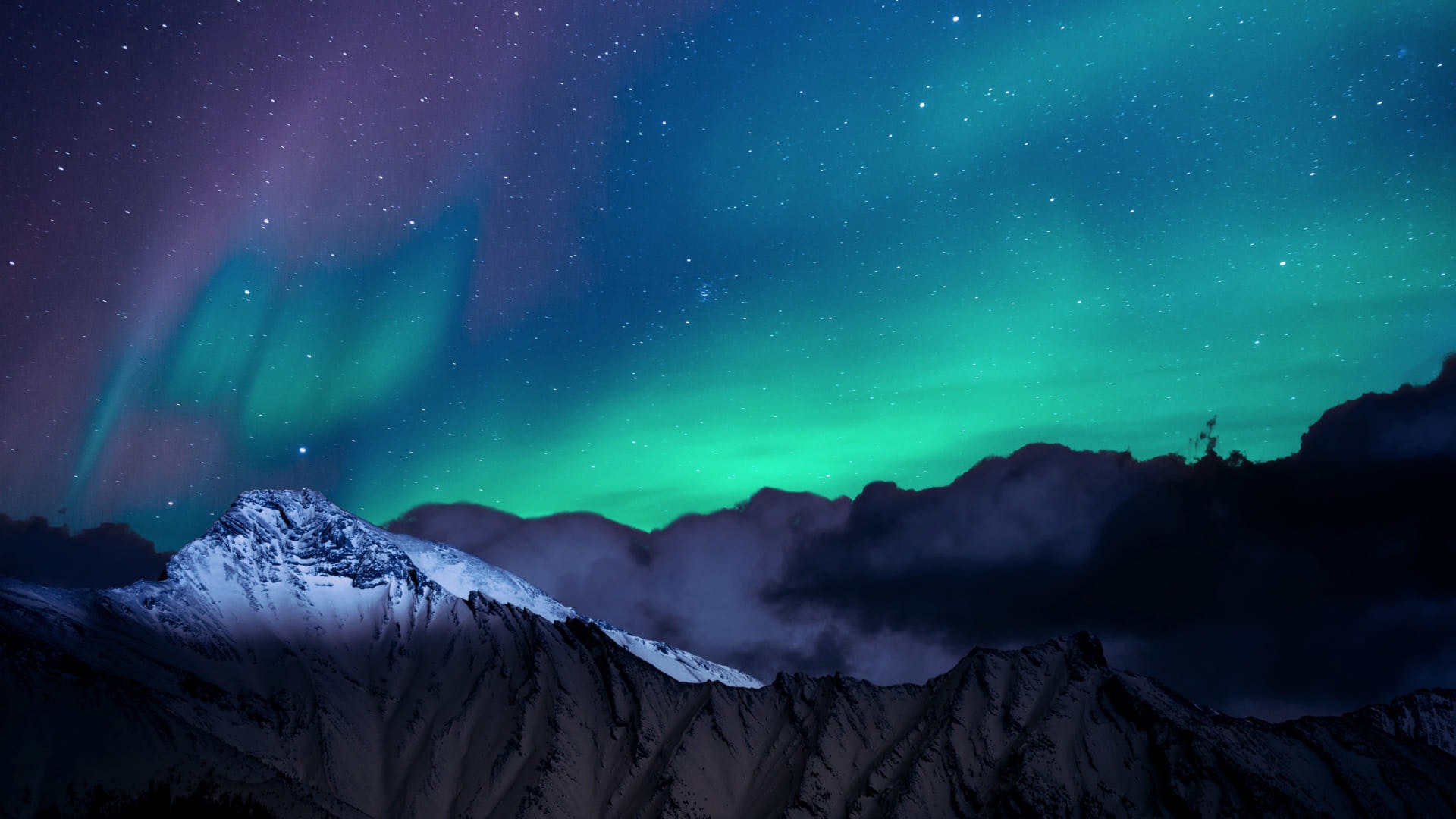 A Northern lights package lets you witness a spectacular jaw-dropping natural display of colors that fill up the sky and make it a beautiful painting to just endlessly admire. A natural phenomenon arising due to the collision between electrically charged particles from the sun that enter the atmosphere of the earth, and paint the sky all colors from the color palette, particularly green, pink and violet, are the stunning northern lights. Also referred to as the celestial ballet of lights dancing across the night sky, the Northern Lights are an absolute feast to the eye. Watching the Aurora lights can be seen on pretty much every traveler’s bucket list and Pickyourtrail with its Northern Lights Packages make all those dreams come true. Be it the Northern lights Alaska tour or witnessing the Northern Lights Iceland, Pickyourtrail offers the best Northern lights packages that let you discover nature’s most majestic artistic displays you can’t get enough of.

The Northern lights are predominantly seen in the high latitude regions. The Scandinavian countries of Sweden, Norway, Finland are good places to spot Aurora. The Northern lights also appear in Iceland, Greenland, Russia, Northern Canada and Alaska, USA, providing additional opportunities for travellers to witness this spectacular work of nature.

Alaska’s cold weather, clear skies and dark nights make it an optimal spot for aurora spotting. The destination, in addition, has a lot of wildlife opportunities also that it offers to wildlife lovers in terms of discovering grizzly bears, eagles, and more making it an easy destination pick to head to spot Aurora with Northern Lights Alaska packages.

Norway for its vibrantly colorful fishing villages, fjords, and expansive nature is a good hotspot to chase the Northern lights and Norway also serves travellers with plenty of diverse aurora spotting options making it one of the best places to see the northern lights and enjoy an aurora tour.

In Finland, you can stay in the comfort of a purposely built glass igloo and watch the aurora all night and every other night from the months of September to March and fall in love with its colorful skies. Imagine a vacation where you wake up to and sleep in a sky painting a clear dark sky with just the right colors and add happy colors to your life.

Sweden is another popular aurora region as the temperatures here are milder compared to other aurora regions and easy accessibility with flights make it a feasible stop to stop by and witness the rainbow skies with Northern lights Sweden packages.

A quiet island country, with very fewer tourists movements owing to no roads, and planes and boats being the only transportation modes; a great slice of Greenland is perfectly placed within the auroral zone and giving you the feeling of aurora being nearly all yours. Northernmost territories and Yukon of Northern Canada also witness Aurora regularly. So you know where to head to for a little feast to your eyes.

The Northern Lights are best viewed during the autumn and winter seasons in Norway. The autumn season ranges from September to November and the winter season ranges from December to March. After the autumn equinox in September, the nights tend to get longer which means the possibility of seeing Northern Lights also increases. The northern lights are generally best viewed between 65 degrees north and 75 degrees north of latitude between 8 PM to 2 AM. It is recommended to go out for the Northern Lights after checking the local forecasts, however, clear skies are a rare thing in Norway, so even the forecasts can disappoint you sometimes.

Pickyourtrail offers you spectacular itineraries that give you a good tour of all northern lights destinations and let you experience the pleasure of starlit neon glow skies. Take the 6-night northern lights perfect family vacation covering Reykjavik, Husavik, Akureyri, and Vik and spot aurora. Alternatively, you can also choose the 6 nights aurora tour package to Iceland and take spectacular pictures of the sky painted in all bright colors of the rainbow. Also, feed your Instagram account with the pictures and earn those extra likes. A Nothern lights tour is a must-have experience in everyone’s lifetime. Pick the itinerary of your choice and let Pickyourtrail take all the hassles of planning your northern lights vacation from that point on.

A Guide to Northern Lights

The autumn season is here and people have started planning their Norway trip already. People from different parts of the world visit Norway during this season to get a glimpse of the Norway Northern Lights tour. The Northern Lights or Aurora Borealis is a natural phenomenon that occurs when the solar particles from the sun hit the earth’s atmosphere. It results in the emission of different colored lights in the sky like green, red and purple. Northern lights can be seen clearly with bare eyes provided the sky is dark and clear.

How to see the Northern Lights in the right way?

If you want to see the Northern Lights in the right way, here are a few tips and tricks to keep in mind to make the experience much more favorable:

1. Plan your trip at the right time of the year. As described earlier, the best months to see northern lights are October, November, and February. It is best to avoid visiting Norway in December & January because it tends to get very cold and freezing

2. Check the forecast before you head out to watch the Northern Lights but do not completely rely on it. The weather tends to change frequently so look before you leap

4. Carry proper gear to sustain the harsh weather. The average temperature between autumn to winter ranges from -2 degrees Celsius to -3 degrees Celsius so ensure to carry winter boots, gloves, scarves, hats, jackets, sweaters, and anything that will keep you warm and alive!

5. Carry your camera if you want to capture the beauty of the Northern Lights. You’ll need a high sensitivity lens (high ISO) to be able to capture the colors of the aurora. But before you start capturing, spare a moment to enjoy the natural beauty of the phenomenon with your bare eyes.

6. Have a little patience, well actually have a lot of patience, the Northern Lights will only appear if the sky is clear and the weather is favorable so cross your fingers and keep hoping for it to happen.

In case you aren’t aware, Norway has an overall land area of 385,203 km² which means it is quite a big country. Given the larger area, it is also difficult to catch the Norway Northern Lights tour. Also, the chances of seeing the Northern Lights increases if you stay more in the northern part of Norway than in the south. So here are some cities where there are possibilities for viewing the Northern Lights are high:

The Svalbard islands lie in between Norway and the North Pole. From November to February, there is no sunlight in Longyearbyen which increases the chances of seeing the Norway Northern Lights between these months. The Longyearbyen area is located around 1300 km from the North Pole which makes it an ideal spot to view the Northern lights at night and sometimes even in the afternoon.

Tromso is easier to reach compared to other Norwegian cities. Due to the warm currents of the Gulf Stream, the area offers relatively mild temperatures which make it a perfect place to watch the Northern Lights without facing the harsh weather. If you are traveling with small kids, you can always go to Tromso to see the Northern Lights.

Lofoten is situated just beneath the Aurora oval which increases the chances of seeing the Northern Lights between September to February. The island is also famous for the cod winter fishing activity.

Despite Senja being Norway’s second-largest island, the area is free from noise and pollution as compared to other Norwegian islands. The island is also home to many species of wildlife like moose, seals, reindeers, and eagles. Due to the natural, calm, and pollution-free environment, the chances of spotting the Northern Lights are also high here.

Is it worth visiting Norway only to see the Northern lights

1. Sledging on a dog sledge or reindeer sledge at Tromso. The sledging activity takes place for 4-5 hours and depending on your skill level, the guides will provide you with a demo before starting the activity. Refreshments will be provided in between the activity and dinner will be served at the end of the activity

2. Spend a night at a Snow Hotel where you will be provided with a cosy room, well lit with beautiful lights and room walls adorned with snow carvings. To keep you extra warm, thermal beds and extra warm clothing will be provided by the hotel authorities too.

3. Visit a bar and sip your drink out of a glass made of ice!

4. Dine at any local restaurant to enjoy the flavours of Norwegian cuisine. Don’t miss out on the Kjøttkaker, Kjøttboller, and Svinestek

5. Sail on the Arctic waters by availing a cruise. Cruise services are available all around the year. The cruises run from Kirkenes at the northern end of the route to the city of Bergen in the southern end

Northern Lights are only visible for a limited time so you need to plan your trip accordingly. If you are still doubtful about visiting Norway, here is an upcoming Facebook session dedicated to solving all queries related to seeing Northern Lights in Norway. We, at Pickyourtrail, try to help people customize their vacations for a hassle-free and comfortable experience. You can reach out to us for more details.