Quirky cocktails from around the world 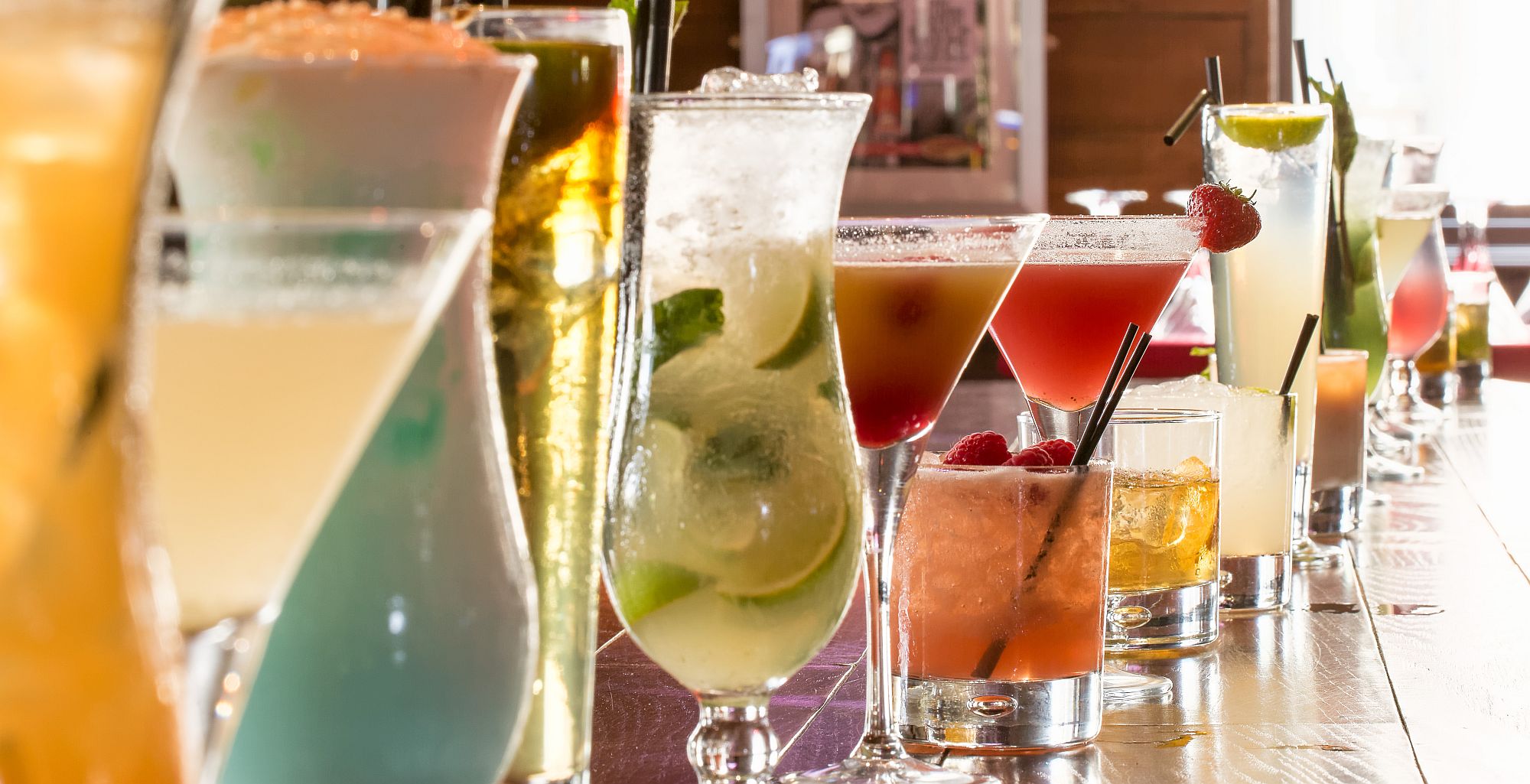 Tell us which of these quirkly-named cocktail you know. Here is the list quirky cocktails from around the world you can taste drive with us and are sure to put a smile on your face ~

An alcoholic cocktail that combines vodka, gin, white rum, tequila and Champagne, topped with cranberry juice and served with a dash of lime. The origin of the name suggested towards the dark reputation of its African-American known for mugging people in the locality. The creators Andy “Snoopy” Paganini and Colin “Smurf” Chamberlain explained this saying, “It takes your money and kicks your head in!”

Ironically not named for the country of its origin – Russia, this cocktail combines the kick of vodka with that of coffee liqueur, topped with the lightness of cream – sometimes substituted with milk. A popular variant is the Dirty Russian, where chocolate milk replaces cream. It gained popularity owing to the protagonist from The Big Lebowiski often drinking it through the course of the movie. It is favourite among lightweights and in college drinking games.

Created at Oak Beach Inn on Long Island in New York, this beverage brings together the superpowers of vodka, tequila, light rum, triple sec, gin, and a splash of cola in a strong, mind-boggling cocktail. For those looking for a stronger kick, ask for an “extra long” Long Island. Invented by Robert Rosebud Butt in 1972 as entry to a local contest.

Featuring the aromatized Vermouth wine as the showstopper in this mix, with support from gin and creme de cassis with blackberries in the mix. The origin of this drink remains unclear but it remains a much-favoured choice during summer.

A cocktail made with whiskey, sweet vermouth and bitters, stirred, strained with Marschino cherry as garnish. It was created at the Manhattan Club in New York in honour of a Presidential candidate, Samuel J. Tilden.

Whiskey, lemon juice and Red Bull results makes the Tennessee Cowboy – the whiskey often used and recommended in this recipe is Jack Daniels. Since Tennessee is home to a Jack Daniels distillery, the word is assigned to the name of this cocktail. And the cowboy a derivation from the word Red Bull.

This cocktail uses gin, orange liqueur, mandarin juice and orange bitters. Whether this cocktail was concocted in Amsterdam or was named in the honour of the buzzing city, we are unsure. What we can confirm is this cocktail will jolt you awake effortlessly.

A gin based drink, this cocktail took inspiration from the American sling that contained spirit and water – flavoured. Created by a bartender at the Long Bar at Raffles Hotel in Singapore, this cocktail originally consisted of gin, cherry brandy, orange, pineapple and lemon juice, served over a lump of ice.

A tropical cocktail, it combines rum, pineapple juice, Curaçao, sweet and sour mix and vodka. It was created by bartender Harry Yee of Hilton Hawaiian Village when he was asked to create a drink that featured the blue hue of Curaçao liqueur. Another variation of this includes the addition of crème of coconut or coconut milk. Often served as punch, the Blue Hawaiian is a drink for warm weathers.

Popular among the college crowds in 1980s, this cocktail was concocted with amaretto, southern comfort, sloe gin and orange juice. Fruity in flavour, they are often served at pool parties, barbecues and on hot afternoons. Unconfirmed, the origin of the drink is attributed to a party at University of Alabama in 1975. Alabama Slammer also happens to be the university’s football team – Alabama Crimson Tide’s signature drink. Coincidence? We think not.

Originating from Colombia, the Sweating Colombian brings together Vodka, coffee liqueur, cinnamon schnapps and light cream together to create a potent drink. It is essentially a White Russian with schnapps!

Test your lucky charm at the Casino in Sentosa, Singapore

Best Things to Do in Cartagena: Experience the best of Colombia

Singapore Vs Malaysia: Which is a better getaway for Honeymoon?

Fall In Love With The Colourful Skyline Views Of Singapore