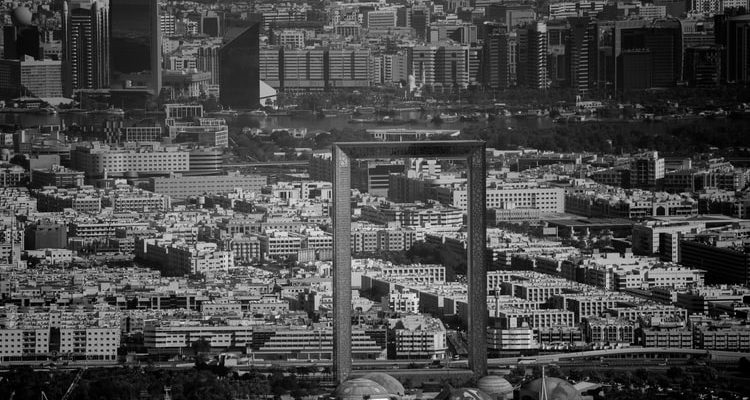 The Dubai Frame – A look at the past, present and future

Dubai is a city that has been known to produce some spectacular architectural feats and has been a constant example of how a singular focus can bring about a massive change and development in a comparatively short time frame. The Dubai frame has now added to that list of massive and impressive megastructures that Dubai has come to be known for and it has a lot of symbolic significance as well. At its core, the Dubai Frame is the largest photo frame in a sense and has been constructed in such a way that when you look through towards the South of the frame you can see the views of the modern metropolis that is Dubai and when you look through towards the North of the frame you get to see the older Dubai, reminding those of simpler times and how far the city has come along from its humble beginnings as a fishing village that was popular for the pearl diving trade. In order for the frame to encapsulate both the old and new in Dubai it had to be quite a large structure and knowing the Emiratis, it was definitely going to be something extraordinary and the frame doesn’t disappoint. It towers to a height of 150 meters and the two vertical towers are connected by a 93-meter transparent glass bridge that gives you 360 degrees of unhindered views of the city. If one was to walk on the glass bridge, it would feel like walking in thin air and the experience of seeing the 150-meter drop below you is nothing short of exhilarating, to say the least.

The Dubai frame is not just a pretty face though, the insides have substance too. Just as symbolic as the outsides are, reminding those of how far the city has come along. The insides too go deeper into exploring the history of the city through interactive virtual reality display pieces and presentations that try to put you in the various different time periods of Dubai by replicating not only visuals but also the various scents and sounds from those times as well making for a truly immersive experience. There is even a section on what the future of Dubai could look like 50 years from now based on expert predictions of what the city could shape up to be in the future, giving you a glimpse into what you can expect from the city in the coming years.

It’s not hard to see why this relatively new attraction that opened just two years ago on the 1st January in 2018 has gained so much traction and popularity. It’s definitely a cool landmark that is not only an architectural feat but also encapsulates what Dubai was and what it is today. It’s definitely worth the visit at least once just for the sky bridge experience and the unhindered 360-degree views of the city from the bridge. It’s a cool way to spend a couple of hours in the city and in my books, it is a must-visit as well. So, next time you plan your Dubai trip with Pickyourtrail, don’t forget to add this architectural marvel in your itinerary.

The Wait is Over – Dubai Opens For Tourists From July 7

Skydiving in Dubai in 2021 for all the adventure seekers!

La Perle In Dubai- For All The Theatre Lovers Out There!